I have had the pleasure of working with James Swadling from Fast Twitch Performance Coaching for over ten years. Straight out of high school I was overweight, unfit and not getting the most out of my life. Thanks to James and his incredibly motivating, approachable and generous personality I completely changed my lifestyle. It began with some cycling sessions where James would yell words of encouragement and then to a running group where I completed my first 5km, then 10km and finally at 21km half marathon!

But the biggest impact James has had on me was introducing me to the world of cycling. Never would I have thought I had the potential to achieve so much. I now compete at a national level and am aiming to be part of the Australian National Team.

If it wasn’t for the ongoing encouragement, motivation and most importantly guidance from James I would still be gasping for breath walking up a flight of stairs completely unaware of my abilities as an athlete and living an unhealthy lifestyle. I highly recommend anyone to have James as their coach. 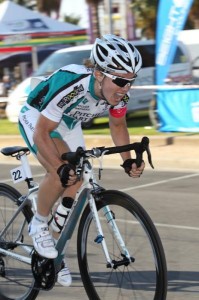 I began training with James when I was 15 years old after my parents took up running training with him. Within months I began to see vast improvements in my ability as a runner. Previously I had only reached Zone cross country, but after following James’ training programmes I qualified for Area cross country (coming 2nd overall), and then came 18th at the NSW All Schools Cross Country!

Through James’ coaching I saw continued major improvements, and the following year I progressed swiftly through to State level, where I medalled in 3rd place! This allowed me to compete at the Australian Cross Country Championships in Nowra, where I placed 29th out of a roughly 90 strong field. James’ coaching continued to produce improvements, and in my senior year at high school I won the NSW All Schools Cross Country, followed by a 5th place at the National Championships in Brisbane.

James’ support and encouragement was instrumental in my development as an athlete, and without his coaching I can safely say that I would never have achieved as highly as I did. Whether it was an early morning training session in the middle of winter, a school cross country event, or a regular track meet, James’ support helped me get the edge over the competition and achieve the best I possibly could, and I would recommend him highly to anyone who is serious about improving themselves as an athlete (or even just to keep themselves fit). 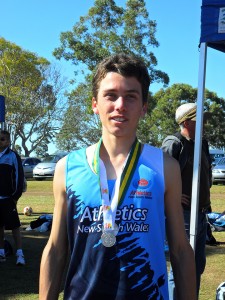 Endurance running is one of the most natural and accessible sports available. Our human ancestors developed the ability to run over long dis[...]